Census is the total process of collecting, compiling, evaluating, analyzing and publishing or otherwise, disseminating demographic, economic and social data pertaining, at a specified time, to all persons in a country or in a well-delimited part of a country.

The 2016 Census of Population and Housing provides a snapshot of the Tongan population and elicits detailed demographic, social and economic trends.

In 2016, the total population in Tonga was 100,651, compared to 103,252 people in 2011. This represents a decrease of 2.6% or 2,601 people between 2011 and 2016, and an average annual decline of -0.5% or 520 people per year. It should be noted that this is the census night population, which includes residents living in private households and institutions as well as non-residents living in institutions. 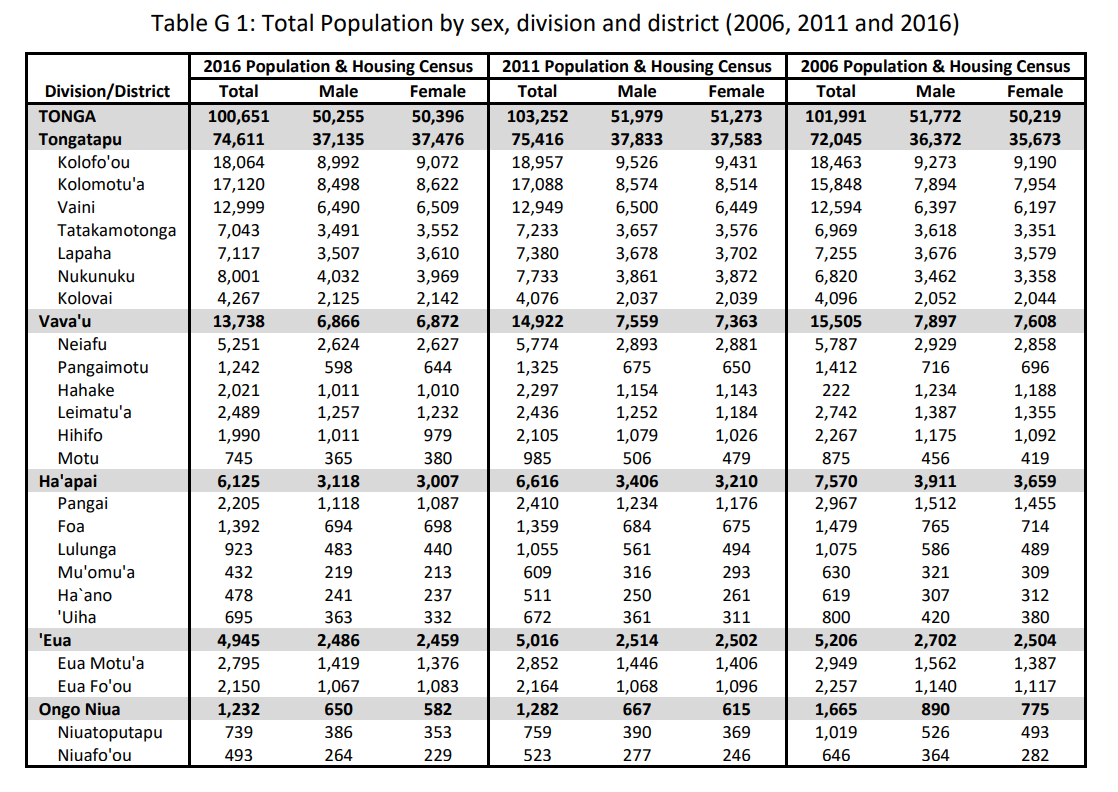