Poverty in Tonga has been mainly measured using only information about household incomes collected by the Household Income and Expenditure Survey (HIES). This is what has been used to report the Millennium Development Goals (MDG). However, there is a widespread international consensus that there are non-monetary aspects of poverty which are not captured using such approaches. This is an important issue, especially for Small 3 Islands Developing States (SIDS) like Tonga as our people also rely on their own production and often give and receive gifts and other ‘resources in-kind’ from relatives, friends and neighbours, through traditional customs of sharing and exchange. Such practices are often not recorded in the income data in the HIES.

Collecting reliable data on household and personal income is always challenging, particularly in low income or developing countries. As a result, there has been a shift to a wider focus to collect information on important non-monetary aspects of poverty (i.e. more than simply a low income). Perception of children necessities and how many lacked them 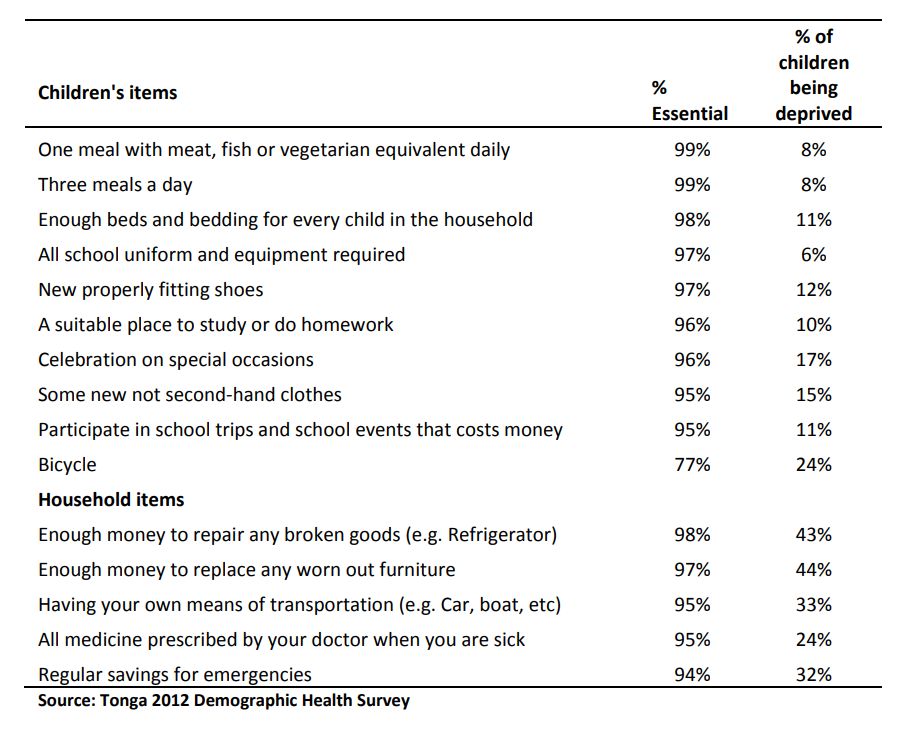 Number of Deprived Children in Tonga 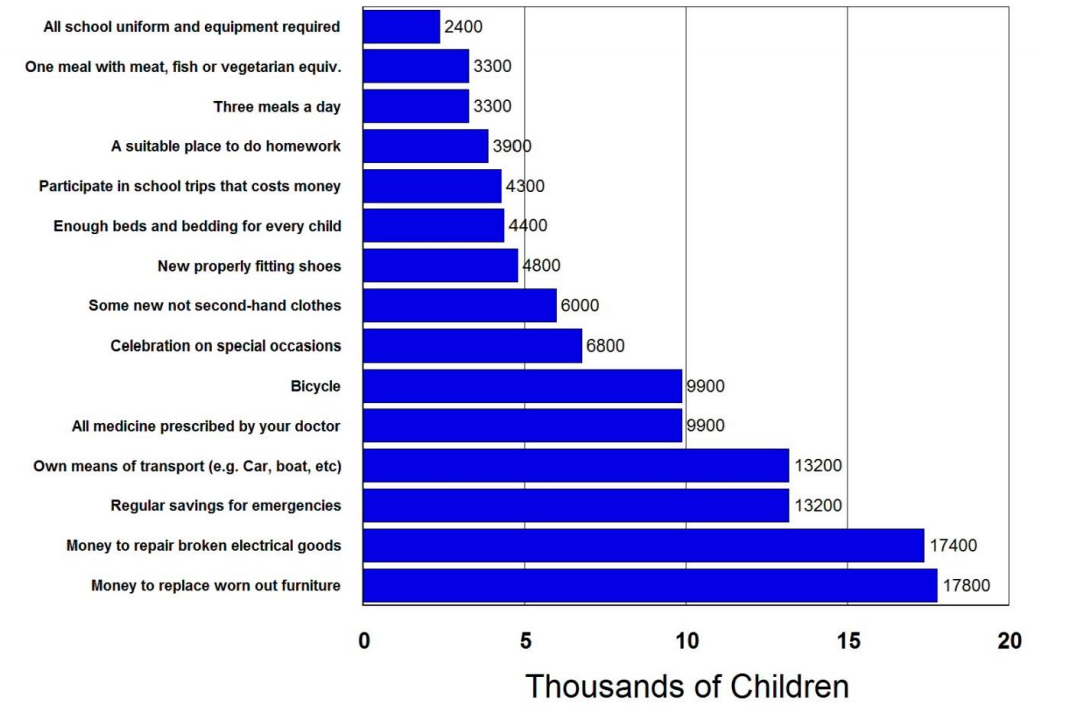